The Cross as Redemptive Suffering

A woman back from shopping was showing her husband an expensive dress she had purchased. When he asked her why she bought a dress she did not really need, she replied that she couldn’t resist the temptation. Her husband countered with the comment that she should have been like Jesus who told Satan to get behind him. She replied that she did that, and he said that it looked even better from behind, so she bought it!

The Gospel today invites us to express our faith through redemptive suffering.

This passage is more or less the midpoint in the Gospel of Mark, and marks a turning point in the teaching of Jesus. According to the New Interpreter’s Bible, this confession is the first correct human statement about Jesus’ identity in the gospels. The shouted confessions by demons are now replaced by a human witness. In the Hebrew context, anointing represents God’s affirmation the prophet, priest or king is the divinely chosen leader of the people. Mark clearly presents Jesus’ ministry as a manifestation of God’s power and rule. Since the disciples do not understand suffering lies at the heart of Jesus’ mission, they also struggle to use the titles “Messiah” and “Son of God,” and Jesus himself sternly warns them not to proclaim it yet. He will more freely accept both titles only during his interrogation by the Sanhedrin. 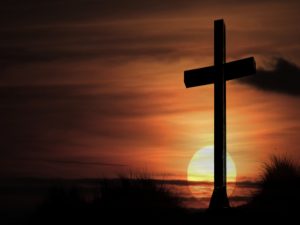 The Son of Man did not come merely to exercise authority on earth but also to suffer. Jesus did not wish to be known as just a miracle worker, but his command for silence was regularly disobeyed. The portrayal of the disciples raises questions about the suitability of a faith based on witnessing miracles. Although Peter and the others appear to have reached the correct insight into Jesus as Messiah, that confession will be misunderstood if suffering is not the central truth about Jesus’ identity. The second half of the gospel completes the initial confession that Jesus is Messiah and Son of God with the threefold prediction of the passion.

In the first reading, we see that Isaiah accepts suffering as part of doing God’s will. He has complete trust in God’s help and is empowered and strengthened by God to accept abuse and rejection on the part of his fellow Israelites.

In the second reading, James links faith to works. For him, faith without works is dead and useless. Prayer and devotion must be accompanied by practical service to the world. That service will inevitably involve some form of sacrifice and an element of suffering.

It is true there are some lessons in life we will learn only through suffering. Here is what Victor Frankl, a survivor of the Nazi prison camp, says in his book, Man’s Search for Meaning: “When one finds it his destiny to suffer, he will have to accept that suffering as his task; the single unique task. He will have to acknowledge the fact that even in suffering he is unique and alone in the universe. No one can relieve him of the suffering or suffer in his place. His unique opportunity lies in the way in which he bears his burden.

Jane Simington is an example of that. When their son was accidently killed in a hunting accident, she dealt with her grief and loss by traveling the world to study how the different cultures handled trauma, grief and loss. Taking all that she learned, she poured her energy into creating a program helping others deal with trauma and loss in their lives. This initiative developed into a business called Taking Flight International and offers sessions on trauma recovery and grief support.

Mother Theresa of Calcutta is another person who, albeit in a different way, experienced suffering as an integral part of following Jesus with a strong faith. After her death, it was revealed by her spiritual director in the book about her and her letters, Come Be My Light, from the moment she began her work ministering to the poor, destitute and dying of India, she experienced the apparent absence of God. Her prayer life dried up and there was only, except for a month here and there, dryness and aridity. This was a terrible suffering for she who wanted to be so close and intimate with the Lord. Her faith, supremely tested in this way, was strong enough to endure that test and stay faithful to her ministry to the very end. Her faith was so strong she was allowed to experience what Jesus experienced on the cross, the apparent absence of God – “My God, my God, why have you forsaken me.” Her anguish, far from being a lack of faith as many mistakenly thought, was a sign of tremendous faith that continues to love despite the lack of consolation.

The Eucharist is a celebration of the new life that flows from the death of Jesus on the cross for us. It is our food for the journey of faith through the cross to new life as well.

May our celebration today deepen our commitment to journey, in peace and yes, even joy, through the crosses life gives to us, through redemptive suffering, to the glory of God.