A Spirituality of Human Incompleteness

A child was paging through a large family bible when he came across a large Maple leaf his mother was drying in its pages. He ran to her excitedly to proclaim that he had found Adam’s underwear!

Jesus, through whom all things were made, can give us new life through faith in him. 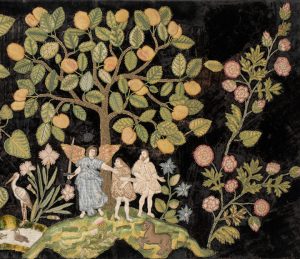 It is said that creation is the first bible. For Franciscan theologian and mystic Duns Scotus, creation proclaims God’s original blessing. He underlines that God found all that God had made very, very good, and so must we. We are challenged to see the goodness of God in all things, even the smallest of God’s tiny creatures.

For Ron Rolheiser, creation speaks of a prodigal, generous, extravagant God, one who showers God’s blessings on everyone, good and bad alike. We are challenged to enlarge our hearts, to be more “catholic”, to make room for everyone, especially those most unlike us, in our lives.

Rolheiser also teaches that the words “let us make human beings in our image, according to our likeness” doesn’t just refer to God as a Trinity of persons. That language, speaking in the plural, is a majestic plural, the language of royalty. It indicates that God has endowed us, men and women, with kingly and queenly energy, a divine fire within us, God’s own life within us, that becomes a holy fire, an Eros, that we are called to honour and live according to God’s design.

That is a question of how we live out our human sexuality. God can hold male and female energy together; we cannot. We are born either male or female, and that creates within us a deep-seated desire for union, wholeness, consummation and completeness, that is also the root of the attraction of the two sexes for each other. This understanding led to Ron’s book Holy Longing, among others.

Basically, within this viewpoint, spirituality becomes the “tension of living positively our human incompleteness.” We are all spiritual human beings having a human experience. One person is not more spiritual than another – rather, one may be living this tension positively, like a Mother Theresa, or negatively, like many pop stars whose lives ended prematurely because they never learned to live this tremendous God-given energy in a positive, life-giving way. This basic human incompleteness within them was interpreted as something negative, a longing or feeling of emptiness they thought they had to medicate with over-indulgence in something that altered their mood and often led to addiction.

The gospel shows us how basic this reality is. The scribes and the Pharisees, whose religious knowledge should have alerted them to the awesomeness of God’s creation, the royal energy that humans have been given, and who should have been the first to recognize Jesus as the Messiah and Creator of this amazing universe, were caught in the small, controlling, self-centred religious system and petty universe they had created for themselves in their lust for money, fame and power, leading Jesus to sadly proclaim that they were actually making void the powerful Word of God by the traditions they had created.

In the end, the readings today call us to a humble, reverent, obedient faith in Jesus as the Messiah and Creator of all things. As St. Paul puts it so well, he is the one through whom all things came into being (Col 1). For St. John, Jesus is the Word who was with God from the beginning, and is God.

The Eucharist is a great prayer of thanksgiving and praise. May our celebration of it today be just that for the gift of creation, and for the reality that we are all, each of us, created in God’s image and likeness, endowed with royal dignity and energy that we are to use to help build up the Reign of God here on earth.