Is your faith hot, cold or lukewarm?

The readings today invite us to keep our relationship with God and Jesus fresh and strong through contemplative prayer, repentance for our sins, and learning not to judge others.

In the first reading from Revelations, St. John continues God’s message to the Churches, encouraging them in their walk with the Lord, and reproving them for their failings. They are to repent, stir up their faith, ponder the Word of God and open the door to the Holy Spirit. 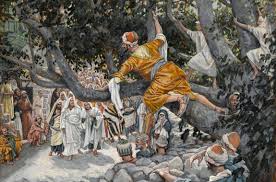 In the gospel, Zacchaeus is a most unlikely character to teach us some important spiritual lessons. As a tax collector, he was in collusion with the oppressive Romans, had in a way sold his soul to them, and was involved in an unjust system of taxation making it easy to line his own pockets off the backs of the poor by skimming his commission off the top. As such, he would be very much disliked by his neighbors, even hated and resented. But he had one redeeming quality – he wanted to see Jesus, and was willing to humble himself to achieve that goal. Little did he know that initiative would change his life by leading him into genuine repentance and making amends for all his wrong-doing. 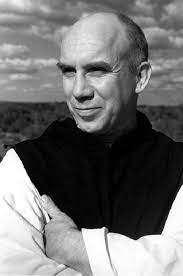 According to The Word Among Us, many holy men and women began their journey to Christ like Zacchaeus, mired in sin but curious about the Lord. Thomas Merton, a twentieth-century Trappist monk, mystic and writer, was a confused young man without direction. According to his autobiography, The Seven Story Mountain, he drank heavily, spent money freely, and was involved in numerous illicit relationships. But he was also a seeker. Through a number of mentors and spiritual books, Merton caught sight of Jesus, and that changed everything for him. 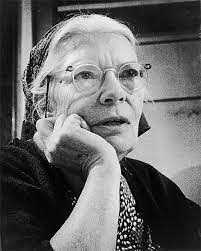 Another modern-day seeker was Dorothy Day. An idealistic young woman, she longed for a more just society, and looked to politics and economic policy for solutions. Day lived a bohemian lifestyle and had an abortion. She then lived with another man and bore his child out of wedlock. Now a parent and frustrated when this man refused to marry, she started searching for deeper meaning and found it in the scriptures. She became a very effective advocate for the poor, a tireless champion of the Church’s teaching on social justice, and founded the Catholic Worker movement.

If we had known Zacchaeus, Merton or Day before their conversions, would we have seen a person who was seeking God? Or would we have dismissed them because of how they were living? The point, and the lesson they and Zacchaeus teach us, is we can’t judge people by their outward behaviors. Like Zacchaeus, Merton and Day, they may be searching for something – or Someone – that gives their lives meaning and purpose.

In one of my missions, we were preparing for a Corpus Christi procession to the grotto. Standing at the back of the church was Jack, who was in an irregular situation. John, looking for a fourth man to carry the pole of the canopy, handed it to him, and so he found himself, sinner that he was, walking right beside Jesus in the tabernacle all the way to the grotto. The next day, he called me up and asked if we could begin marriage preparation. I guess that experience of being accepted as he was, and being up close with Jesus, led him into a Zacchaeus-like experience of regret for his less than desirable living situation, repent of it and take steps to correct it.

The Church gives us a model of a servant of the Kingdom – St. Albert the Great whom we honor today. Born in Swabia about 1206, he joined the Dominicans, earned a doctorate from the University of Paris, and taught theology. Thomas Aquinas was one of his students and became a close friend and fellow scholar. Albert received the title ‘Great’ from his contemporaries in recognition of his intellectual gifts. He developed original ideas, was an accomplished philosopher, scientist, theologian, administrator and teacher, and a keen student of Arabic learning and culture. He is best known for popularizing Aristotle’s works in philosophy and logic. He initiated the Scholastic method (the application of Aristotelian methods to Christian doctrine), developed at length by Thomas Aquinas. Albert died on this day in 1280 and was declared a Doctor of the Church in 1931. He is patron saint of scientists.

The Eucharist is a very good way of keeping our relationship with Jesus fresh and strong, repent of our own sins, and receive his forgiveness and healing. May it also empower us to be merciful and open like Jesus, and not judge others but rather accept them as they are and help them journey back to God each in their own way.