While private devotion after communion is important, I really think it should take place during the silence after the communion hymn is finished, and then it would be part of a communal process. While this is a contemporary question, it seems that piety was a point of tension for both Isaiah and Jesus in today’s readings as they struggle with a piety that seems to conflict with their message of genuine faith and sincere fasting as justice, charity, repentance and of all things, the ability to joyfully celebrate life.

On this Friday after Ash Wednesday, with its emphasis on fasting, it is striking that Isaiah firmly chastises Israel for the way it goes about observing the rubric of fasting – that while obeying the rules, they slipped into false pride and exaggerated piety, selfish self-interest, treating others unfairly, and even being contentious and conflictive. It is hard to imagine that kind of fasting, yet it must have been a common problem for Isaiah to critique it so forcefully.

What Isaiah calls for instead is very clear: working for justice (loosening bonds of injustice, undoing thongs of unfair and unfeeling rules, ending oppression of the weak and poor, and breaking every yoke of harsh rules), as well as genuine charity (feeding the hungry, sheltering the homeless, clothing the naked, and being reconciled with one’s own family). This, declares Isaiah, is what makes up genuine fasting, brings light to the world, vindicates a person, touches on the glory of God, and can even be a source of healing.

Psalm 51 adds the dimension of repentance to the notion of fasting. “A broken, humbled heart, O God, you will not scorn.” Honestly admitting our sins and failings, humbly confessing them to God and to another human being (Step 5 of AA), and coming to God to receive forgiveness – in other words, a broken and contrite heart and spirit – this is a sacrifice that is truly acceptable to God. 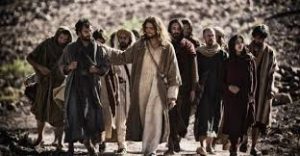 Jesus in the gospels adds a surprising element to following him – joyful celebration. When questioned why his disciples did not fast like the Pharisees and the disciples of John the Baptist, Jesus lays out a whole deeper way of looking at fasting. He is the Messiah, the Redeemer, the Saviour of the world, in the process of inaugurating the kingdom of God here and now, and bringing the Good News of God’s mercy, compassion, unconditional love and forgiveness to the poor and disadvantaged, and that is cause for celebration, not somber fasting. When Jesus is arrested, tried and crucified – during his passion – that would be the time for fasting and great struggle against evil. So, while he is with them, it is time for enjoying his presence, for celebrating this new in-breaking reality of Emmanuel, God is with us.

An example of this attitude and spirit can be a group of social justice activists together at a conference. After some days of heavy discussion about serious social issues, the organizers of the conference took everyone to a very nice restaurant for a banquet and some entertainment. One of the participants, full of fervor for the poor, objected to what she thought was a contradiction to what they were meeting about, refused to go in and stayed on the bus. As she sat there with a few others who chose to do the same, she suddenly had an enlightened moment. The question “What would Jesus do in this situation?” popped into her head, and to her shock and surprise, the answer was he would probably be right in there with all the rest, enjoying a good meal and the entertainment. Like St. Paul, Jesus knew how to be serious, and how to celebrate, and when each was appropriate. She changed her mind, and joined the group in the restaurant.

An example of genuine fasting as an act of charity is Keith and his wife Tracy.  Shortly after they were married they met a homeless man whose musical equipment for busking had been stolen. For six months, they took him into their home. Keith shared with this young person his knowledge of business and entrepreneurial skills. Eventually he set him up in his own business, and he is now a high end producer of videos in Los Angeles. That is precisely the challenging kind of fasting Isaiah is calling for in that first reading.

The Eucharist does two things: It asks an hour of fasting of us in preparation to celebrate it more worthily, and empowers us to live out today’s readings by fasting through working for justice, genuine acts of charity, humble repentance, and a piety that includes the ability to joyfully celebrate life as a community gathered to worship.