Faith, Repentance and God’s Will

At the age of twelve, Frank was sent by his father to pick wild oats out of a quarter section of land sowed to oats. While his father probably thought it was a reasonable request to keep his son busy and help control the weeds a little, the boy felt overwhelmed as he faced the 160-acre field. Fearing to disobey his father, yet also feeling angry and convinced that he had been given an impossible and unreasonable task, he filled the bags with both wild and good oats until the time allotted was used up. His father, naturally, was upset with him at the end of the morning.

The readings today ask us to transcend both Frank and his father; to believe in Jesus, to let go of willfulness, and make really doing God’s will a priority in our lives.

The prophet Ezekiel, in the first reading, reminds us that we are all sinners and have turned away from God. We are called to repent, which restores a right relationship with God. It is not God that we should blame when we run into trouble by our own disobedience, but look to what we need to change in ourselves.

In a way, the Israelites in the first reading are like smokers of tobacco who want to sue the tobacco companies for the harmful effects of smoking the cigarettes they have chosen to smoke. There is a painful lack of logic there, as there is with someone who says he will do something, but then does not do it. 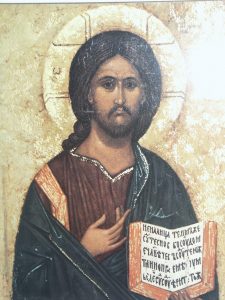 In the Gospel, Matthew tells us that our priority must be doing the will of God. The basic sin of the Jewish leaders is unbelief in Jesus Christ, refusing to believe, as well as their hypocrisy, thinking they were better than others simply for keeping the less important details of the law. The virtue of the tax collectors and prostitutes is that they believed in Jesus, and were willing to change their ways, to repent.

Repentance is a matter of changing our minds and behaviors, and coming to deeper faith in Jesus. This is an intellectual act, thinking, deciding. The Jewish leaders acted like they were saying Yes to God, but in reality, by refusing to believe in the One whom God sent, they were saying No – thus becoming worse sinners than the tax collectors and prostitutes who repented when they met Jesus

St. Paul, in the second reading, adds another layer to the readings for today. For St. Paul, unity, being of one mind and heart is important. We are to put on the mind and heart of Jesus Christ. Then St. Paul zooms in on the central issue of obedience to God’s Word, by reminding us that Jesus is the One who said Yes to God in a perfect manner, at the cost of his life, in total trust and obedience to the Father. Jesus always stands as the perfect model of a response to the love of the Father. He is the Son who not only said Yes but acted out of that Yes perfectly.

Noted author Gerald May wrote a book entitled Will and Spirit in which he carefully explains the difference between being willing and willful. To be willful is to be stubborn, obstinate, to insist on our own will, doing things our own way. That course of action eventually leads to frustration, unhappiness and even into addiction.

The alternative for Gerald May is to be willing, which means to be open to the will of God, to be prayerfully seeking that Will every day. As Step Eleven puts it, we sought only God’s will for us and the power to carry it out. This course of action leads to serenity, and above all, freedom from addiction.

The Eucharist that we celebrate now is a humble act of obedience. One of Fr. Ron Rolheiser’s books is all about the Eucharist as our greatest act of fidelity. Jesus asked us to do this in his memory, and despite our weaknesses and failings, we have at least been faithful to this command for over two thousand years. Every time we gather to celebrate this sacrament, we say “yes” to God.

So, remember, the way to freedom and new life is to believe in Jesus, let go of willfulness, and make doing God’s will a priority in our lives.