Living in the Kingdom

After Word Youth Days in Toronto in 2003, Ken Yasinski, a gifted young man from St. Walburg, Sask. was inspired to begin offering a series of youth retreats he called Face to Face. These retreats, based on teaching, scripture, music, reconciliation, adoration and lots of fellowship, gathered hundreds of young adults for years. Perhaps the name of the retreat was inspired by today’s first reading in which “the Lord used to speak to Moses face to face.”

The readings today invite us into a closer, more intimate relationship with merciful God in whose kingdom we already live.

What emerges in that first reading from Exodus is both inspiring and puzzling. Shrouded in a pillar of cloud, God does converse with Moses “face to face” in the tent of meeting. This passage reveals a highly developed Old Testament image of God as merciful, gracious, forgiving, faithful and steadfast in love.

Within that beautiful image of a merciful God, there is, however, a reminder of the conditional nature of that covenant – God would forgive, but would also not clear the guilty, and visit the iniquity of parents upon children to the third and fourth generation. 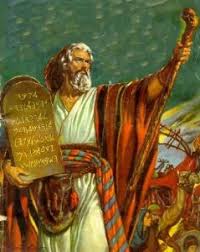 What is puzzling is that here we are told it was Moses who wrote the words or dabar of the covenant, the ten commandments, on tablets of stone, whereas in other passages, we are told distinctly it was God who wrote with God’s finger those words on stone. These contradictions in scripture do not take away the authenticity of the events – they illustrate the importance of not interpreting scripture too literally, and actually add authenticity to the accounts, as there were no cameras or recorders at that time, and that is to be expected as human beings sought to write out their recollections of what happened.

What is notable is the forty days Moses takes in that tent, fasting and praying, to write out those words of God. The number forty again is not meant to be taken literally. It symbolizes gestation, the time it takes to bring something new into this world, or to completion, like the forty years the Chosen People would spend in the wilderness, and the forty days Jesus, the New Israel, would spend in the desert before being tempted by Satan. Much as St. Paul needed three years in Arabia after his encounter with Jesus on the road to Damascus, integrating the love and forgiveness he had experienced, Moses needed that time to integrate into his person the magnitude of what God had just given to God’s chosen people.

Psalm 103 adds to that wonderful image of God as merciful and gracious, slow to anger and abounding in steadfast love. It nudges us closer to the unconditional love of God revealed by Jesus as it adds “God does not deal with us according to our sins nor repay us according to our iniquities” and “as far as the east is from the west, so far he removes our transgressions from us.” This lines up with the story of the loving father and two lost sons Jesus would teach us in the gospel of Luke, where God’s forgiveness for both is totally gratuitous, unearned and unconditional.

What is interesting in the gospel is the delicate way Jesus brings unconditional love and forgiveness together with the reality of justice and final judgement. After explaining the parable of the wheat and weeds growing together, Jesus states that at the end of time, in the final judgement, “the Son of Man will send his angels, and they will collect out of his kingdom all causes of sin and all evildoers.”

The underlying understanding of Jesus here is that his followers, those who really believe in him and are doing his will, are already living in the kingdom and have no fear of judgement because it doesn’t apply to them – they have already judged themselves by the lives of faith and love they are living. It is only the evil doers and causes of sin that will be collected (judged) and taken out of the kingdom. 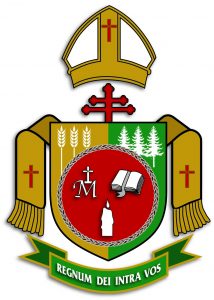 That brings into play my own motto as a bishop – Regnum Dei Intra Vos – “The Kingdom of God is among you.” That is from Like 17:21, the only place in the New Testament where Jesus doesn’t just say we are not far from the kingdom, or the kingdom is near, but it is in us, among us! We are heirs, as St. Paul puts it, already living out our inheritance. That is the good news of our faith.

Anne was terribly sexually abused by her father as a young person. Years later, she dealt with the abuse with the help of the 12 Step program, which asked her to first of all look back over the ways she had acted out of her hurt and pain, instead of dealing with it, and admit that to God, one other person, and herself. In the process, she learned God actually won’t even remember her sins, that God forgets them (Hebrews 8:12). We placed her Step 4 on the altar, celebrated the Eucharist, then burned the papers. The reality of being forgiven finally landed on her when she blew on the ashes and they immediately disappeared.

The Eucharist is a connection between heaven and earth; a banquet for the children of the Kingdom; an experience of God’s love, forgiveness, mercy, and graciousness.

So, let us live in the kingdom of heaven already, enjoying God’s merciful love, free from fear, and like Moses, make that love know to the world.