There is a triple level of prophecy in the readings today. First, Isaiah prophecies about a new world order that will be ushered in by a child. Then in the Gospel, Matthew has Isaiah prophesying about John the Baptist, a voice crying in the wilderness to prepare the way for the Lord. Finally, John himself utters a prophecy about someone greater than he who will come with the Holy Spirit and fire. All this prophecy demands our attention and that we take seriously what is prophesied.

The message is simple: faith in Jesus and repentance leads to salvation, to the kingdom of God, to a new world order of peace and justice.

We see in the gospel the people to whom John preached did take that message seriously. They were coming to him, believing in him, repenting and confessing their sins and being baptized with water in the Jordan.

It is interesting that John the Baptist uses precisely the same words Jesus would use in his first public preaching: “Repent, the kingdom of heaven is near.” There is a great difference, however, between the baptism of John and the baptism Jesus would do. John was the first to admit that and point it out. The difference was as sharp as night from day. John could only speak about sin, name sin and invite people to change. He could not forgive and take that sin away. His was a baptism of water only.

The baptism of Jesus would be different. He would baptize not just with water, but also with the Holy Spirit and with fire. There would be not just repentance, but forgiveness, healing and transformation when Jesus would come into our lives. 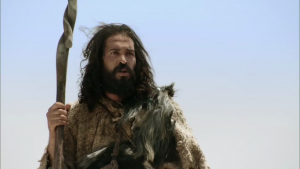 In his preaching in the Gospel, John the Baptist cuts to the root of things. This new world order comes about through faith and repentance; faith in the way of the Lord and repentance that goes to the root of our sins and sinfulness leading to receiving the forgiveness of God. This process brings about the about the Kingdom of heaven that is made up of the peace, joy and justice of the Holy Spirit. This resonates with Step 4 of the 12 Step program of A.A. – “Made a searching and fearless moral inventory.” There too, members are challenged to dig deep, face all the wrong-doing in their lives, and then “Admit to God, themselves and one other person, the exact nature of their wrongs” in Step 5.

When the scribes and Pharisees appear, however, the tone of the gospel suddenly changes.  John immediately confronts them. These are the enemies of both Jesus and John, and would be instrumental in having them both killed. John rightly calls them hypocrites. He knows their sin of unbelief in Jesus, their false pride, their self-righteousness and their hypocrisy. They have come, but unlike the other people, they were unrepentant, thinking themselves holy by their own efforts at keeping the law. They were closed and not open to the newness of God’s life in Jesus and his Spirit.

John challenges the scribes and the Pharisees to believe in the One who is to come, to believe in Jesus and in his Spirit. If only they were humble, repentant, open to the great future that God wants to give to the world, they too would have been welcomed into that new experience of God’s love.

That new world order is present in Isaiah’s vision of a future of peace where the wolf will live with the lamb, all because of a shoot from the stump of Jesse who will be filled with the Spirit of God. The earth will be full of the knowledge of the Lord. There will be peace, righteousness and a new world order, brought about by a child who would lead them.

In the second reading, St. Paul sees this vision realized in Jesus Christ. Jesus has come and we can now live in the kingdom, in harmony with one another. St. Paul reminds us that it all revolves around the world believing in and following Jesus Christ, united as one Body in a spirit of worship and praise. It is he who will bring about this new world order, a world of peace, justice, harmony and unity. We are to welcome one another as Christ has welcomed us. This good news is for all of humanity, circumcised or Gentile. It has little or nothing to do with the law, but rather rests on humble faith in Jesus Christ and doing his will, living his way, the way of justice. 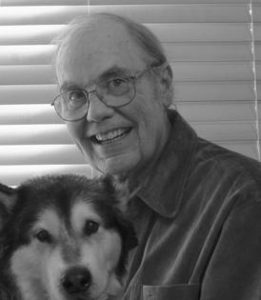 Justice is a right relationship with God, others, ourselves and all of creation. The renowned psychologist Gerald May writes in his book Will and Spirit that we can be willing or willful; repentant or resistant; humble or stubborn; like the people who came to John, open to the new, or like the scribes and Pharisees, closed and unreachable.

There are traces of this new reality in the political slogans of our day. We have seen the Just Society of Pierre Elliot Trudeau; the Purple Revolution of the new mayor of Calgary; the Yes We Can of Barack Obama. Some politicians might even be tempted to make a New World Order their slogan. Unfortunately, we know all too well that after a year or so in office, it is usually more of the same. Our leaders are more like John the Baptist, not really capable of overcoming the straitjackets of this wounded and selfish world, not really able to bring about the new. That is the task of Jesus, our Lord and Savior, if we would only believe, repent and allow him to be that for us.

So, the message is straightforward and simple enough. The new world order of Isaiah will be brought about by faith in Jesus and receiving his transformative power through genuine repentance, forgiveness and healing that will be realized in working for justice.

The Eucharist that we share today is a sharing in the life, death and resurrection of the Just One, the one who came to initiate the reign of God among us. Forgiven and healed, our participation in this Eucharist commits us to go out and to live what we have received – to bring about peace by working for justice, each in our own way.

So, this Advent let us respond to the invitation to deepen our faith, genuinely repent and open ourselves up to the fresh newness of God in Jesus Christ.