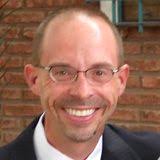 John Allen Jr., Globe and Mail correspondent to the Vatican, is working on his latest book. It will be on the persecution of Christians around the globe.

That initiative fits today’s readings with their message to trust in God and persevere in love.

The two readings are very different yet carry that same message. In the Gospel, Jesus warns the disciples of future suffering and persecution. In the first reading from Genesis, we see Joseph reunited with his father after his ordeal of being sold into slavery and survival by becoming second only to Pharaoh in Egypt.

Both readings speak of suffering that leads to new life through faith in God, living a life of love, and persevering in the face of hardship, challenges and even persecution.

These readings bring to mind the five lessons of male initiation, and the five biblical promises that accompany them, according to Richard Rohr:

There is some nostalgia in that first reading. Just as Abraham was asked by God to set out with his whole tribe into the unknown (God would let him know where he was going on the way), so now his descendant Jacob (who was renamed Israel) was asked by God to go down to Egypt with his whole extended family. God would be with him both on the way, and while there. More, God promised he would be brought back to be buried in his own land.

That journey by Israel into Egypt prefigures another journey that would be taken by his descendant, born of his lineage, and that is Jesus, the new Israel, who would be forced to flee to Egypt with his mother Mary and foster-father Joseph.

All of this salvation history underlines the truth of the psalm response for today – the salvation of the just comes from the Lord. In other words, God will turn everything, all our suffering, to the good for those who love God. Joseph, banished to a pit and sold into slavery by his jealous brothers, ended up playing the role of almost a savior for a humanity struggling with famine. That scenario certainly prefigures the transformation of Jesus from crucified Messiah to Risen Lord.

In the process of researching his book, John Allen Jr. encountered a very lively, vibrant and joyful woman in Kenya whose family had been murdered by the terrorist group Boko Haram. Astonished at her peacefulness, Allen asked her how she could be the way she was with all the trauma that had happened to her and her family. Her response was her faith, which taught her to forgive, was the greatest gift she treasured. They had taken away her family – she would not allow them to take away her faith, and so she forgave them from the heart! That has to be the ultimate example of what Jesus meant in saying the Holy Spirit will be speaking through us when persecution faces us.

The Eucharist is at the core of the gift of faith given to us. It is an experience of God’s unconditional love as forgiveness and healing. May it empower us to trust more deeply in the power of God working within us, empowering us to accept suffering and persecution as Jesus and the Kenyan woman did, without bitterness or resentment.